When I took down my tent in the morning, I found my wallet, which had somehow managed to get underneath it. Even though I had had it after I put my tent up, it must have slipped out of my pocket when I bent down.

I set off at the usual time of about 6:30am. It was nice and cool to start with. The road was pretty good for the first 80 kilometres, there were some ups but quite a lot of steady downhill.

There were lots of local stalls selling fruit and drinks plus small shops. Every kilometre or so on the route there are a few plastic chairs, a cooler with drinks and a collection of sweet bars.

The vegetation is amazing, so green and flourishing. There are banana trees growing and enormous bamboo trees. 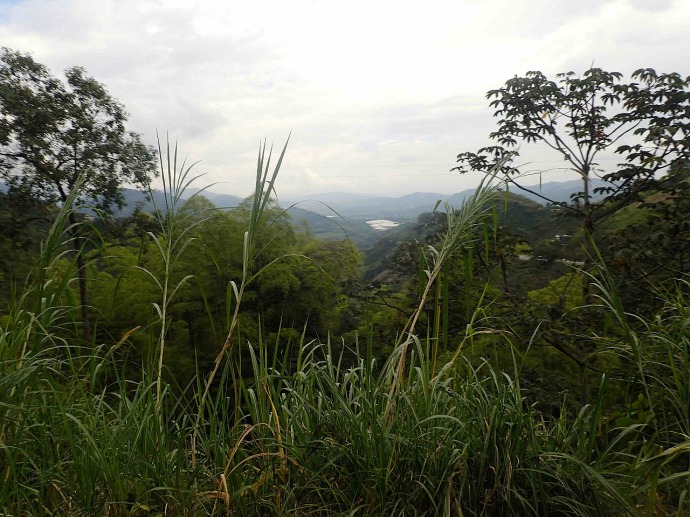 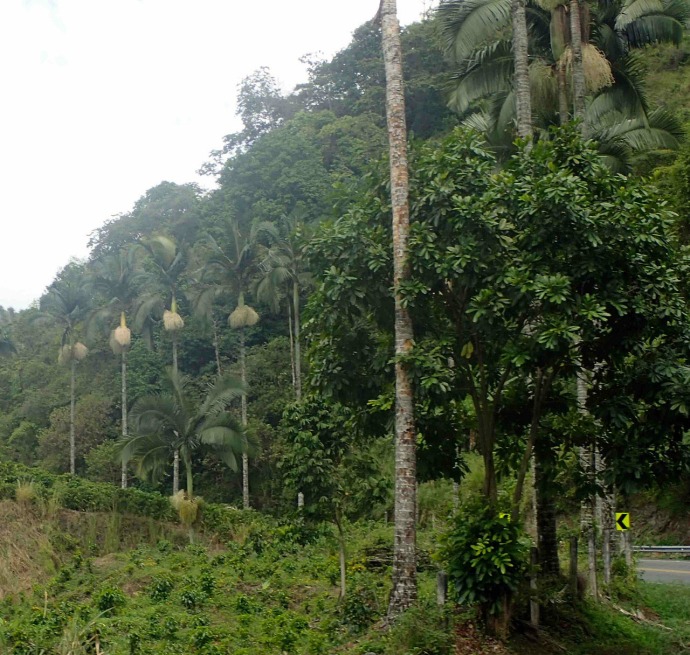 After about 50 kilometres I was feeling a bit uncomfortable on the saddle, and no matter how I moved I could not get comfortable. I decided to stop at lunch as I did not want to cause any problems that would see me off riding. Jody, one of the medics, said a number of the riders were also having problems due to the wet and hot riding conditions. I have been ‘double shorting’ since about day two, may have to go to three pairs.insec

As I was not going to ride any more that day, I started to wash some dishes to help out, but there was a very sharp knife up the wrong way and I sliced my finger. As I was standing there applying pressure to stop the bleeding, a bee randomly came up and stung me! Then when I went to take the panniers off my bike I noticed I had a flat tyre! The back tyre of course!

So I went to camp in the lunch truck. I was really pleased that I had.  I had climbed 900 meters prior to lunch and I would not have been able to climb the remaining 1,900 metres. When I got to camp yay! A hot shower! What a novelty. Some cold showers are colder than others I am discovering.

One of the riders Phil (from Christchurch in New Zealand) has been having problems with his bike and can’t use the bottom two gears! Crickey I would not do any riding at all if I could not use the bottom two gears! Phil is still really fast and despite his gearing problem was the first rider to camp today. There are about five of the men who compete against each other to be first.

It started to get late and a number of riders had not arrived yet, one of the trucks had gone back looking for them. Dinner is usually at 6pm but it was after 7 by the time we got to eat. The truck came back with a few of the riders but there were still four missing! By this time it was dark, then one arrived with no lights, another one with lights, and then at nearly 8pm the final two arrived. A number of riders are wanting to achieve every part of the ride, which is known as “Every f*cking inch” (EFI). The riders become obsessed with maintaining this, so they don’t want to be picked up.

I fixed my tyre with help from another rider. It turned out the two inner tubes I had in my panniers are the wrong size! As my rims are the same size I did not realize that because my tyres are bigger I also needed to have bigger inner tubes! Luckily I managed to borrow one.

At the camp was a St Bernard, a small black dog that had the body of a Labrador and the legs of a corgie, plus there was a small grey wiry haired dog – about the size of Australian sheep dog (Blue heeler) – this dog was very affectionate and seemed to be really craving attention.

Once again it started to rain during the night.