To give you an overview of the next section of the ride: 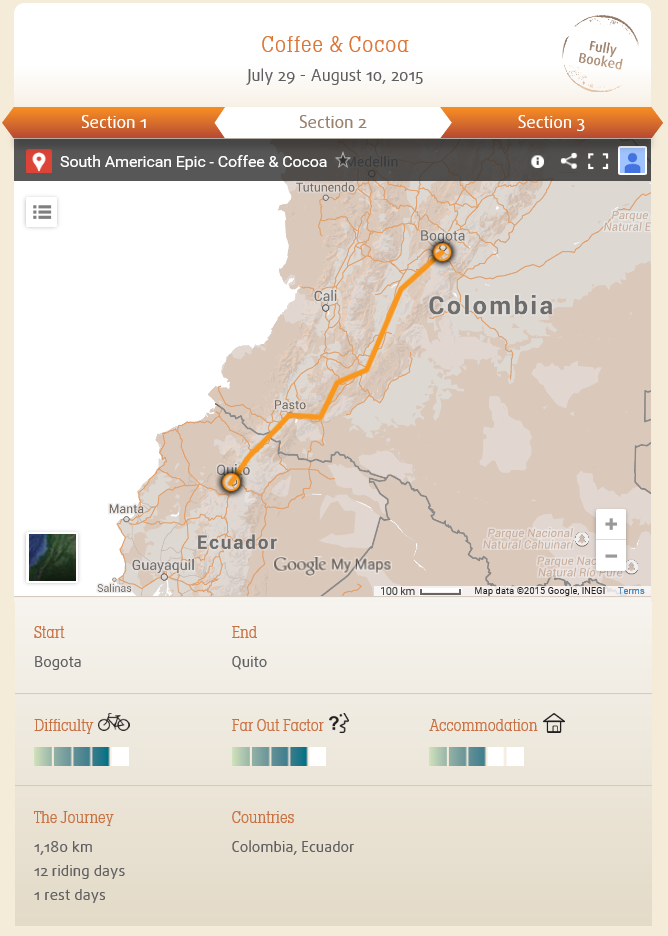 After an enjoyable 2 rest days in Colombia’s capital, exploring its historic centre – La Candelaria – or indulging in a steaming mug of canelazo, our riders will begin a massive descent (almost 5000m in 2 days) into the Magdalena River valley. The next night will be spent gazing at millions of stars from the Desierto de la Tatacoa. Then we will climb up into the Cordillera Central where, after 2 challenging days of elevation gain, we can relax on a rest day in Parque Arquelogico San Augustin. Here riders can enjoy the 500 life-sized statues left by the little known ancient peoples or go whitewater rafting in the nearby Rio Magdalena.

Four more tough but beautiful days of cycling brings us to Ipiales, the border crossing into Ecuador and the home of the Santuario de Las Lajas, a spectacular neo-Gothic church and the destination for pilgrims in search of a miracle. Then it is another ascent to almost 4000m before we drop down into Ibbara for a refreshing Helados de paila, a local hand-made sorbet. Thence we cross the Equator and spin into the Ecuadorian capital of Quito, which marks the end of this section.

There is very little smoking that I have seen so far in Colombia. A bit more in the city but probably less than 1 in 100 people, and in the country less than that.

However all the major food chains have made their way to the cities: Mc Donald’s, KFC, Subway, and Dunkin Donuts. Everywhere sells coke (cocola), and a local fizzy drink called Postobon, which is really sweet fizzy drink. Mostly the locals are slim but the obesity epidemic is starting to appear.

Interesting fact: 70% of the world’s species of birds live in South America.  Out of the city you see birds of all sizes and colours. There are also huge brightly colored butterflies – bright blue and crimson and multi colored, flying around.

The toilet situation is variable from outhouse, to toilets with no seats and hoses for washing, to systems that look like the ones at home. However despite where you are, you don’t put toilet paper in the toilet – you put it into a rubbish bin next to it which takes some getting used to.

Beside all the toilets are small containers to put the toilet paper into it. Some are closed lids with foot levers, but others like this are open. It takes quite a bit of getting used to.

Correction: Regardless of what I say on my blog, when I say feet I mean metres, sorry, so we have been climbing 2,000 metres not feet (Editor’s note: I have now gone back and corrected any references to distances in feet that I could find, but if you find any please let me know).

Graffiti is everywhere, same as in Santiago

Making full use of the space in the car (In Bogota)

Side view of the same car

The man sells dog clothes – note the boots on the dog

Caption from Kaye: “Picture of a building in Bolivar square in the historical part of the city, don’t know what it is called”

Name of the church in the next picture

Tim and Rhonda who are leaving the tour here in Bogota

Editors Note: Below are photos that I’ve just found from Kaye, that I hadn’t posted earlier. Oops, sorry bout that: 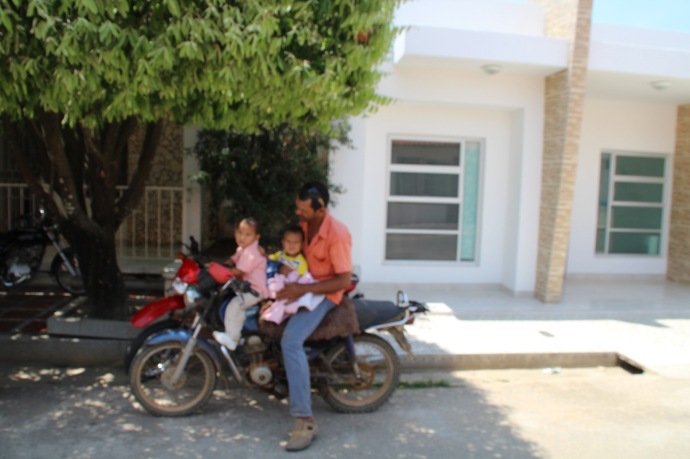 Dad and daughters on a bike in San Marcos 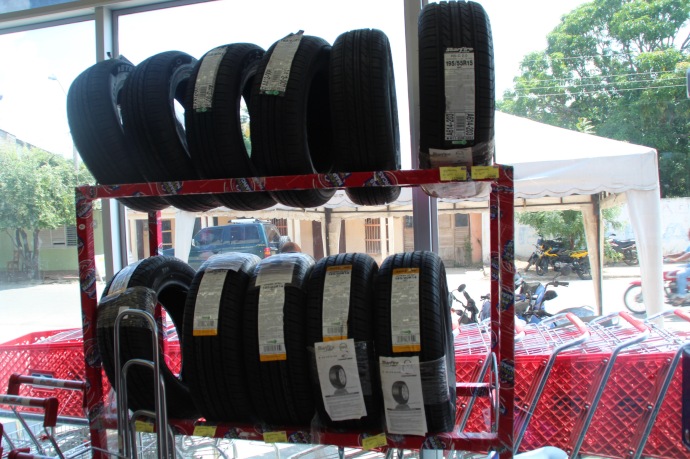 Tyres for sale at local supermarket in San Marcos 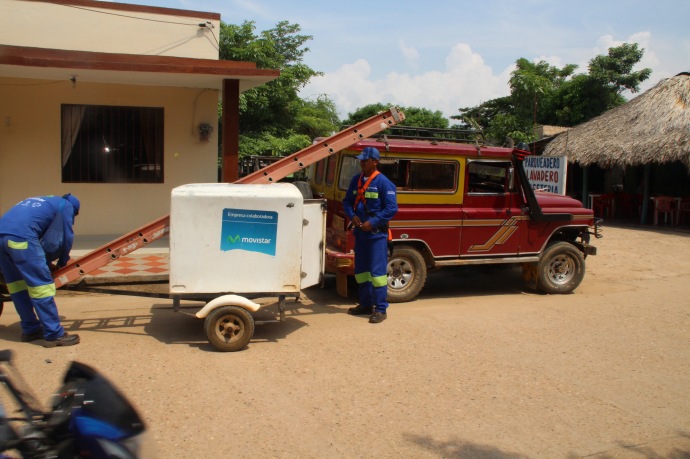 Our equivalent to Telecom: Movistar technicians in San Marcos

My lunch date in San Marcos

Washing on roof of Art hotel in Medellin

View of Medellin from roof of Art hotel 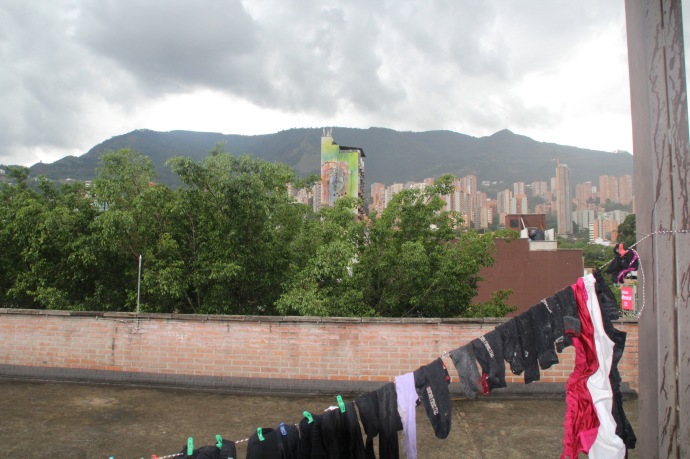