Today looks like a short day as only 76 k and climbing 590 meters and 650 down, however this is because there is going to be dirt and sand and corrugated surfaces.

Once again lots of deserted villages and kilometres of old rock walls. The first 35 kilometres of riding there are still lots of construction trucks and dust, and my asthma has deteriorated again.

We spent most of the morning getting to the base of Tunupa volcano. After lunch we had to climb up and then down 8 kilometres over volcanic rock. Slippery and steep, and I had to get off a few times. I was careful on the way down but still nearly came off twice.

Before lunch with Tunupa in the background 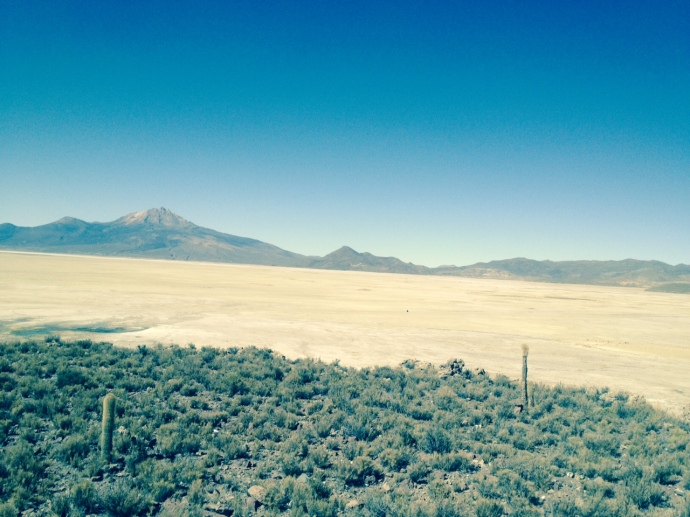 On the way down I got the first real glimpse of the salt flats. These are called Salar de Uyuni. These are the world’s largest salt flats, at 12,106 square kilometres. 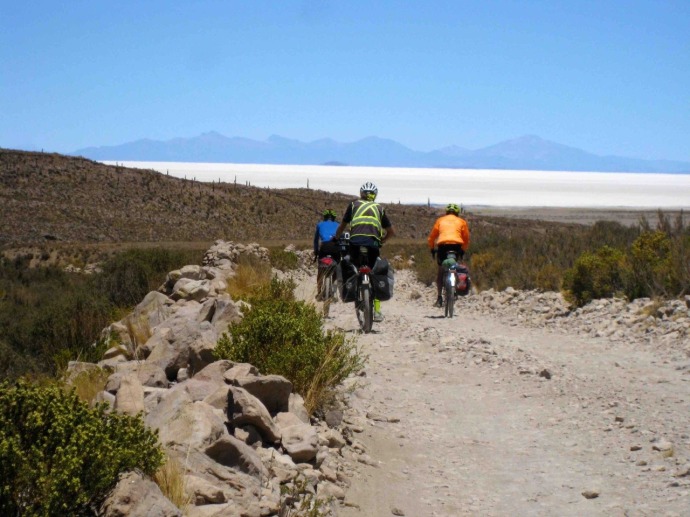 Once I got out onto the salt flats they were flat but I had to battle a strong headwind for the remaining 7 kilometres to camp. 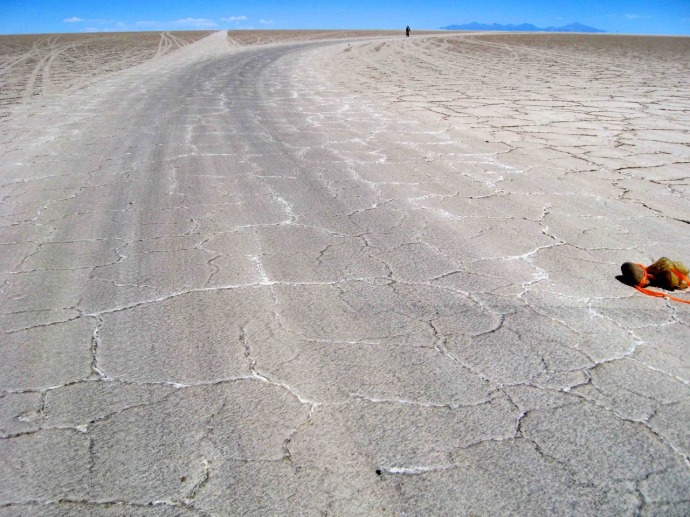 Once I got to camp it was really windy and cold. A number of the tents were getting blown around. There was the option of getting a room in the nearby hostel (which was made of salt), so I did. The room was pretty run down, with a sagging ceiling and a sagging bed, but it was out of the wind. As an added bonus there was a hot shower and the first cold beer for four days.

The campsite was very windswept and the awning on the truck started to rip. The TDA staff had problems with the wind blowing the cooking equipment around, and sand got into all the food. There was a problem with the gas they use for cooking, with a small explosion, but thankfully no one was hurt.

I started taking probiotics yesterday and thankfully today I have no gastro. My asthma is not good and I am constantly coughing. There about 200 Alpaca grazing along the shore of the salt flats, and flamingo at the edges.

The dinner was beans and mince and salad. 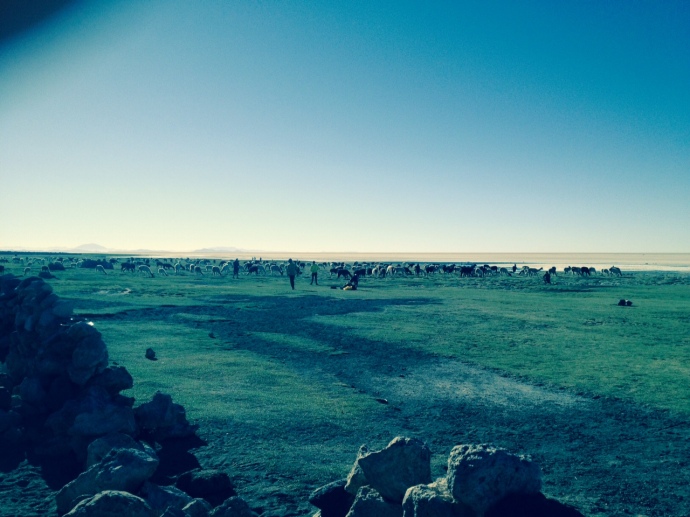 Alpaca at camp in Conquenca 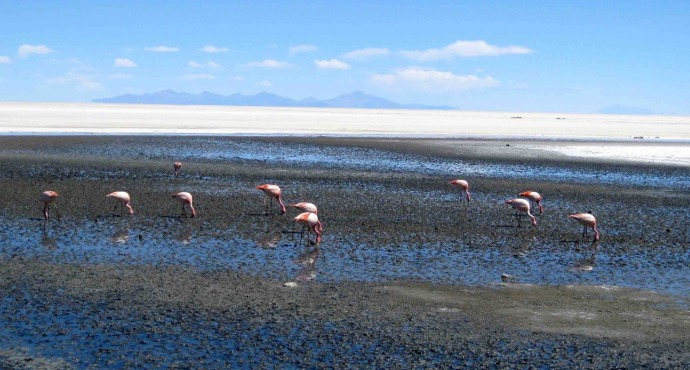 One thought on “Day 91: Meteor camp to Conquenca”