It is hard to imagine the wind from the night before as it is very calm in the morning when we got up. Since we have been in Argentina we are getting up at 6:30am not 5:30am, which makes a big difference as it is light and generally starting to get warmer.

The first 5 kilometres was a continuation of steady uphill without the head wind. Then we had a great stretch of road until about 50 kilometres, with a lot of downhill and the uphill was ok, as you were going at a reasonable speed you got three quarters of the way up before having to do any work.

I have broken my speed record again and and have now reached 68.5 kph, my goal is to break 70 before the end of the trip.  I could possibly have done that today but there was quite a lot of strong side gusts which was unnerving.

Then we had about 20 kilometres of headwind to contend with. After this we went through a gorge for about 15 kilometres, mostly sheltered from the wind but every now and then you would come around a corner straight into it.

After this we had fairly straight roads with rolling hills and a cross wind. I missed a flag near the camp and added 12 kilometres to the day. 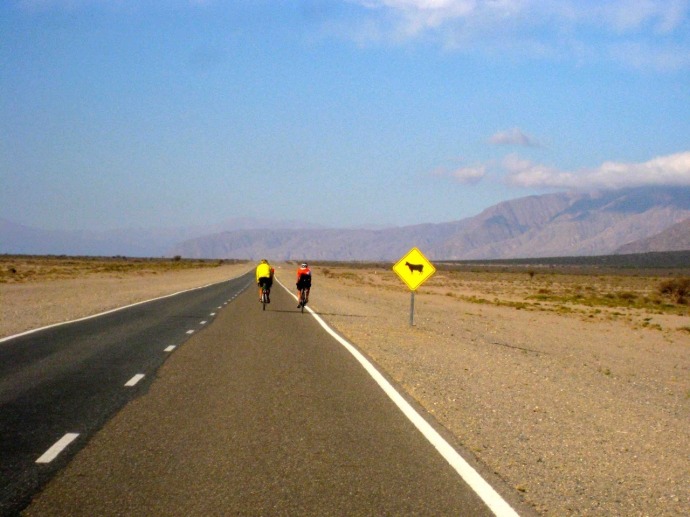 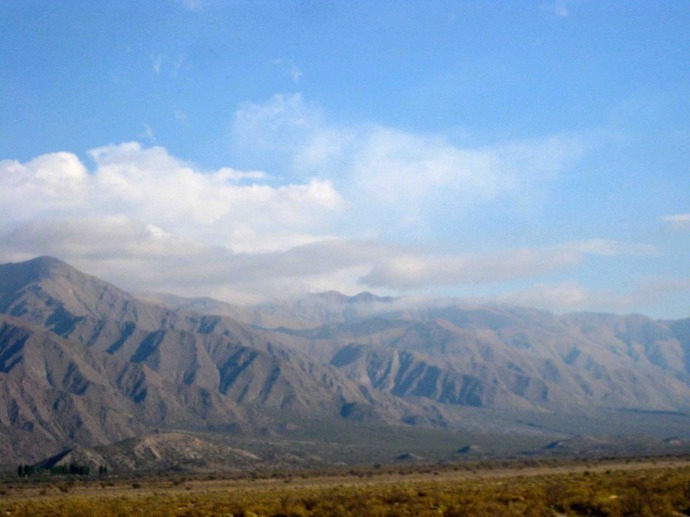 We are staying at El Molino camp, a campsite with toilets and supposedly a shower. There are trees and grass and it is well sheltered. There is a big empty swimming pool. Like a lot of the places we have stayed – great facilities, sadly in need of a good paint and tidy up. It must not be swimming season yet as all the pools we see are empty.

When I headed for the showers one of the riders Shirley was in it, all soaped up and the water just stopped and did not come on again! Thankfully the water in the basin was still dribbling and she was able with some difficulty to get all the soap off. Wet wipe shower for me!

There is a restaurant just up the road where a number of riders have gathered. New Zealand has bet South Africa in semi-final of the World Cup so I am duty bound as a New Zealander to go and fly the NZ flag.

At camp there were a number of dogs watching the cooking with great interest. Even greater interest when we started eating. As we had t-bone steaks they scored a number of bones. There was no fighting if two dogs went for the same bone, as the pecking order was clearly well established. There was a huge dog, and a few large to medium sized. If a medium sized dog had a bone and a bigger dog walked up, the smaller dog would just back away. 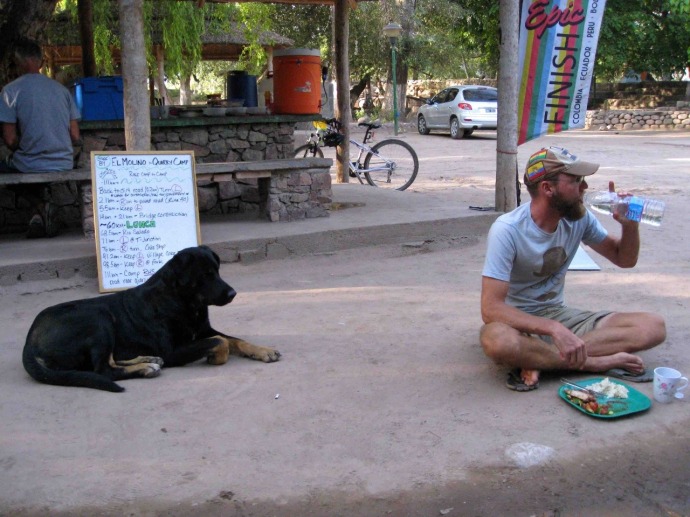 Jason and his ever hopeful friend (Photo credit: Sue’s blog)

Dinner was t-bone steak and rice, carrot, and zucchini salad

Once again no cell reception.

An example of the orange flags that shows us where to go (Photo credit: Sue’s blog)

It was a long hard ride today. First 20 kilometres were nice views of vineyards, after that it was desert and a 20 kilometre stretch of gravel (dirt, gravel, some corrugated service). 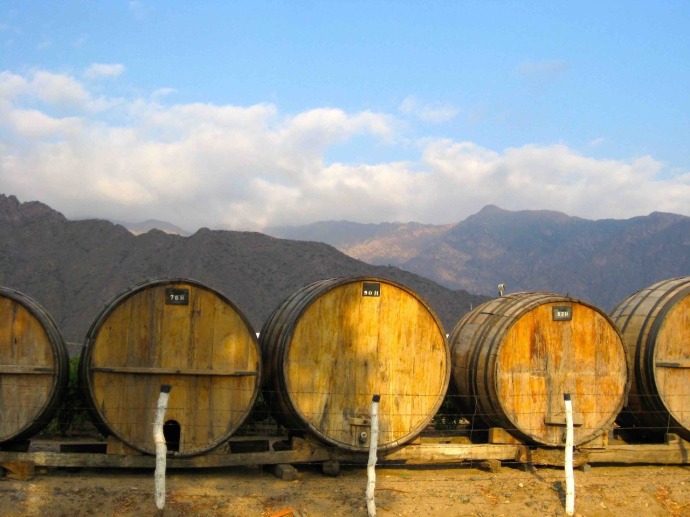 No big hills but a constant up gradient most of the day. Wind, but thankfully not to strong before getting to camp.

We are staying in a bush camp again tonight. Camp is a bleak desolate patch of desert. No cover from the wind that picked up and turned into a gale about 10 minutes after I got to camp. The riders who came in after me had to battle with a full on head wind some of them took two hours to follow the last 15 kilometres.

There is a small shop over the road which sells fizzy drinks and cold beer. The vendors in Peru and now also in Argentina don’t want to sell you beer in bottles unless you have bottles to swap or are going to drink it there. It took a while to understand why we weren’t able to buy beer in some places but we could buy wine.

Putting up the tent was a battle, and sand was blown into the tent. By morning there was sand over everything.

The wind blew at full gust until about midnight and thankfully settled down. It was hard to sleep with the tent moving back and forward, shaking and flapping with the wind.

No cell phone service which is unexpected.