It was nice to wake up today and not have to pull on the Lycra and head off on the bike. The biggest challenge today was trying to work out amongst the many selections which was black tea.

My arm and wrist was very sore when I woke up this morning, but I think this is most likely because of all the braking, especially on the downhill yesterday.

After breakfast the first job was laundry, followed by the continuing hunt for conditioner. On the way to the laundry we went past a shop selling shampoo etc so stopped in there on the way back. Success! I now have conditioner called Pfledge -Spulung, moisturiser, more sunscreen, plasters and a new toothbrush 👍. 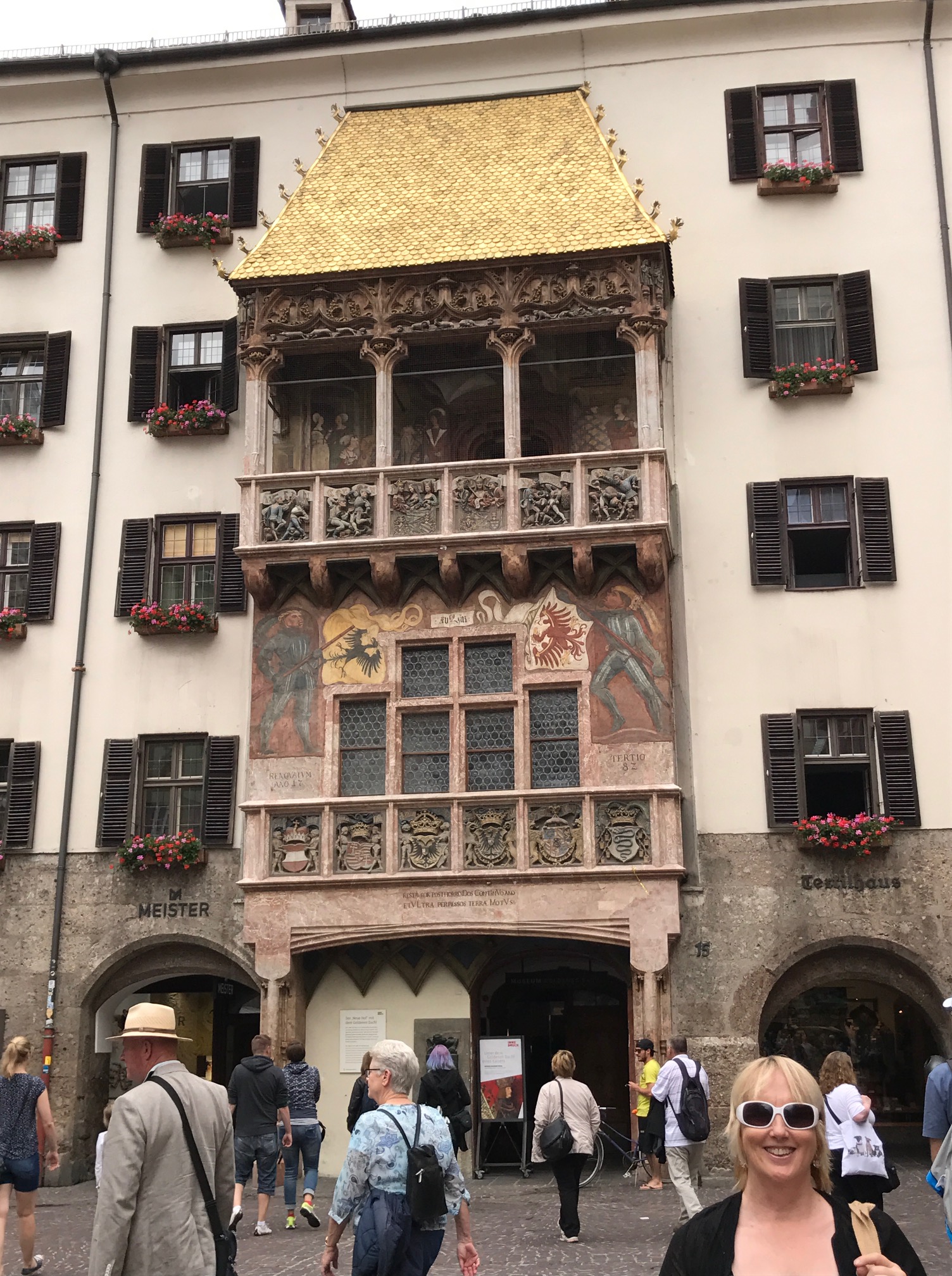 Back to the hotel for a couple of hours to catch up on emails, blog and the news, then we went for a wander around before lunch in the old town. 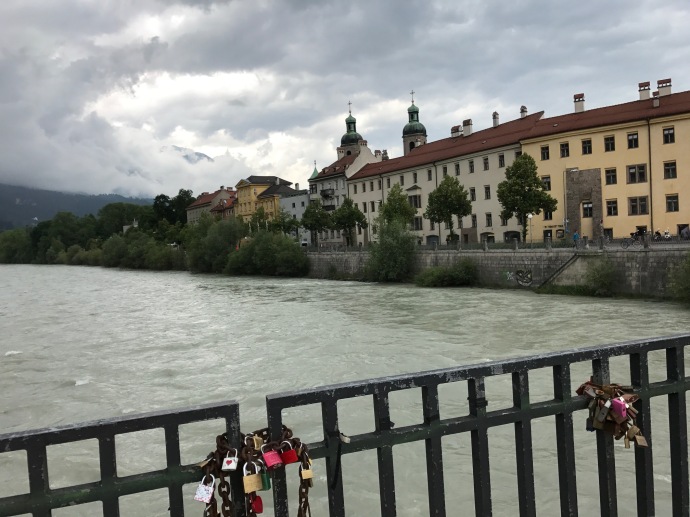 There were a number of street performers, a lady all dressed in silver with her dog with a hat and a plaster on his paw. Real or not, it evoked sympathy and cash, followed by the Headless man and Charlie Chapman. 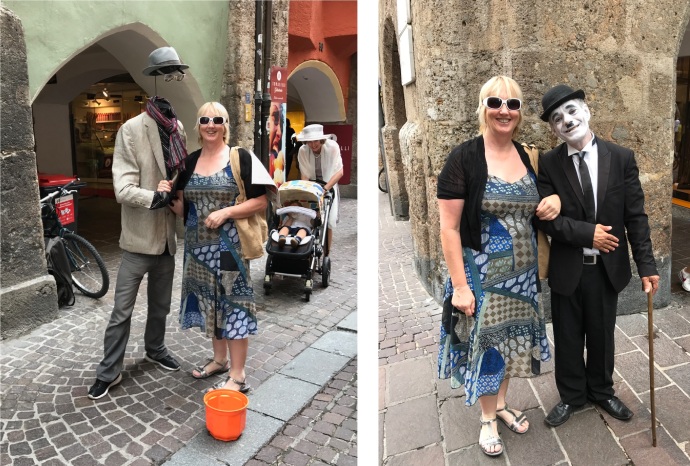 With the Headless Man and Charlie Chapman

There were a number of stores selling souvenirs, but nothing of enough interest to try and fit in my bag for the next three weeks.

We had lunch at a restaurant called the Golden Adler.  I had fish fettuccine which was with a fish called Bio Char. It was nice, not creamy like the fettuccine I am used to though. Brett had braised leg of lamb with cremolata, garlic sauce, polenta and vegetables.  We had a bottle of red wine: Kaiser Josef Blauer Zweigeit classic 2015 winery Philip Grass from the lower Austria region. This is the most common red wine grape in Austria.

While we were eating a nun with twins turned up and settled them both into high chairs. One of the twin boys was very friendly, and kept engaging me in smiling and chatting. The mum said they were 12 months old but were born 12 weeks early. One of the boys was smaller at birth and is still smaller, he was not as friendly but I did get him smiling a few times with peek a boo, hiding my face behind a serviette. I felt quite honoured when the mum asked if she could leave the friendly twin with me while she took the other one off to change him. 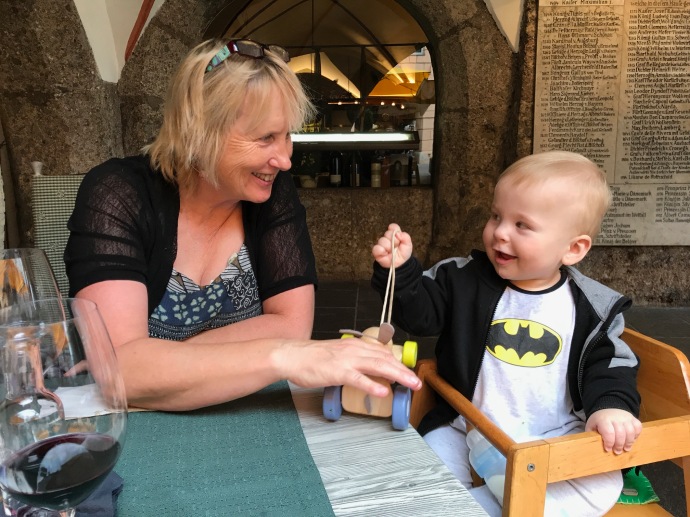 At the back of the restaurant outside the hotel, there was a wall list of names going back to the 1494 Kaifeng Maximilian the first century, two of note: Wolfgang Amadeus Mozart 1773 and Albert Chamus who was awarded the Nobel Prize in 1952. 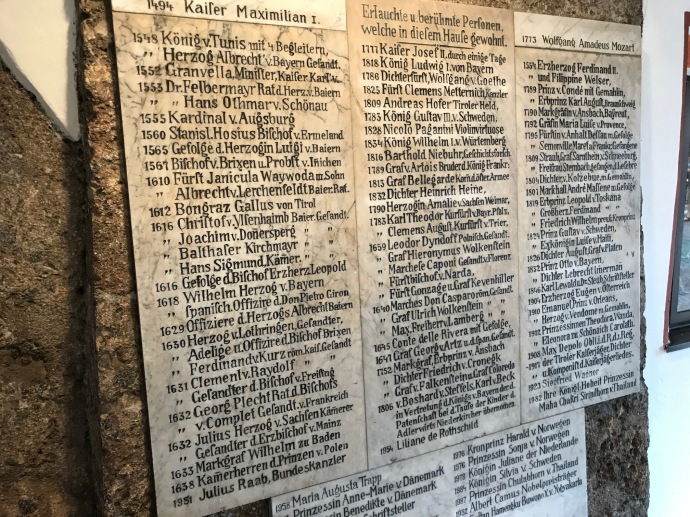 After lunch we wandered around for a bit more, and saw a pretty pink bike with flowers and a basket – I thought if my daughter Kelly rode a bike, I think it would look like this. Then it was back to the hotel for a nap and a couple of messenger calls with two of my children Kelly (blog editor) and Tracey.

Found a bike for Kelly 🙂

We caught up with Janice (who had fallen off her bike yesterday) and she had been and had a CT scan, and thankfully nothing ominous was found.

We had dinner at a restaurant called Ottoburg. It was really nice being able to sit outside and eat without having to worry about the gusts of Wellington wind. I had a really nice rack of lamb for dinner.

Afterwards it was back to the hotel to pack, and get ready for tomorrow. 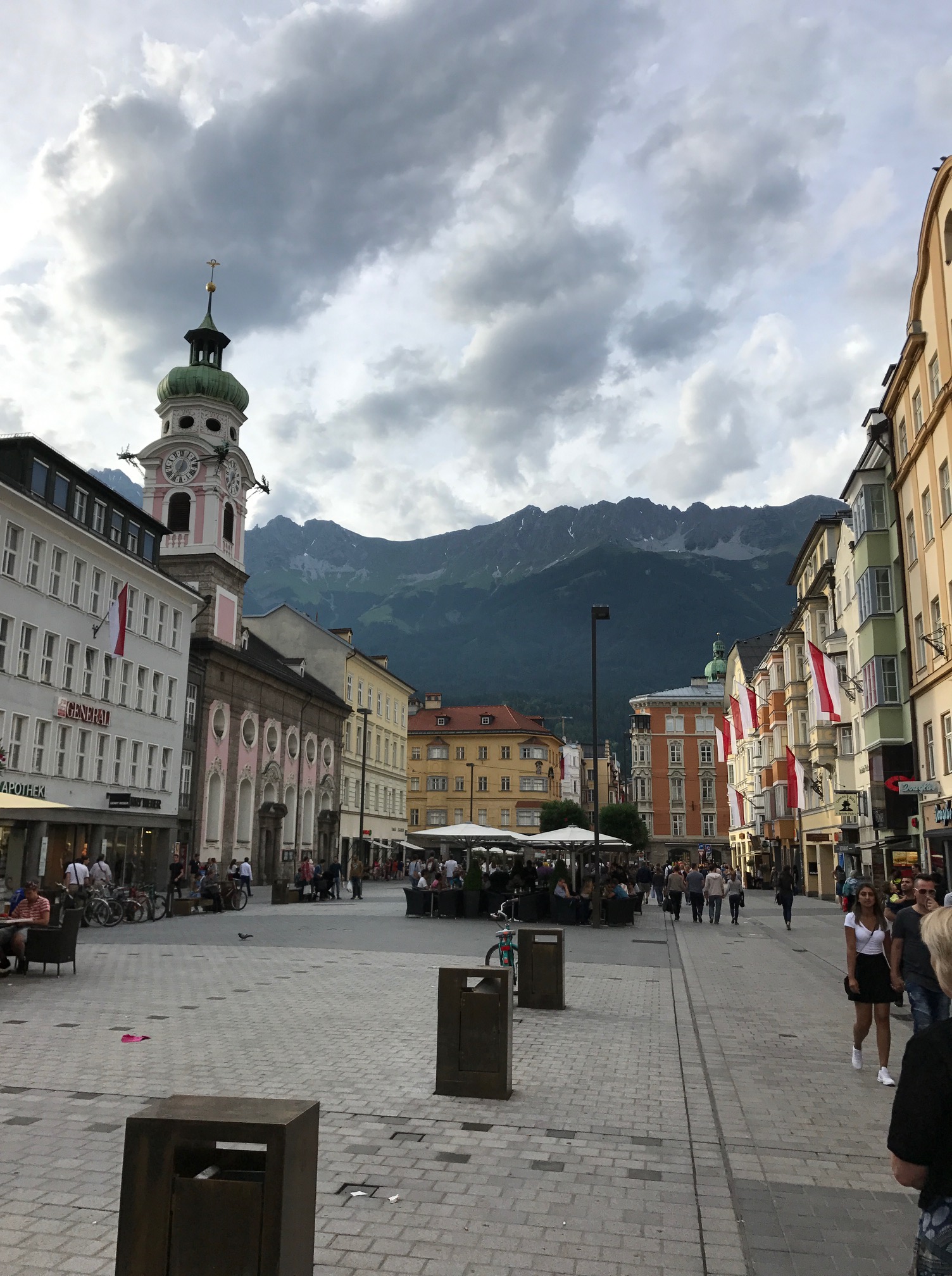