Today was all about being a tourist, and seeing as much of London as possible in one day. First stop breakfast. For the first time I have not been concerned that I would not be able to find decent tea, as this is after all London. Unbelievable, endless teabags of every flavor known, apart from English Breakfast!! Luckily there was a twining tea called Every Day tea.

The buffet seemed a bit weird, no cereal or toast (or toaster) even though there were pots of marmalade and honey on the tables. I just assumed we had arrived after the rush, and had a croissant instead.

The bus was due at 10am, by 10:40 we were getting pretty frustrated, along with other people also waiting for this company, who like us were watching numerous other tour companies come and go in this time.

Finally the Original Bus arrived and off we went. We stayed on the bus for about and hour and half looking at the sights, and then we got off by Hyde Park and looked around the outside of Buckingham place and Westminster Abby. 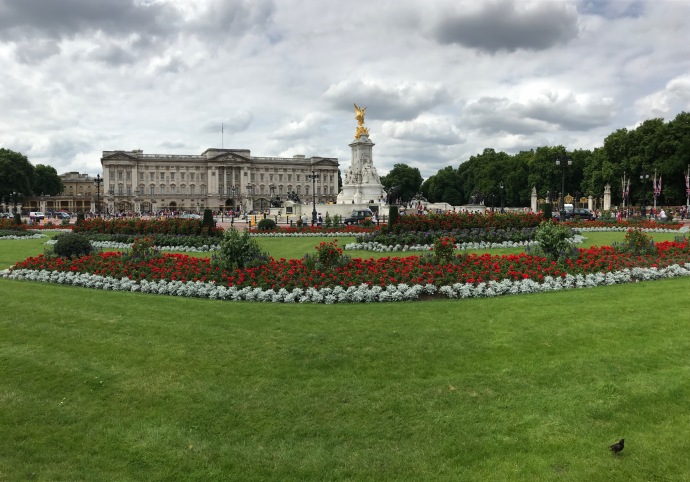 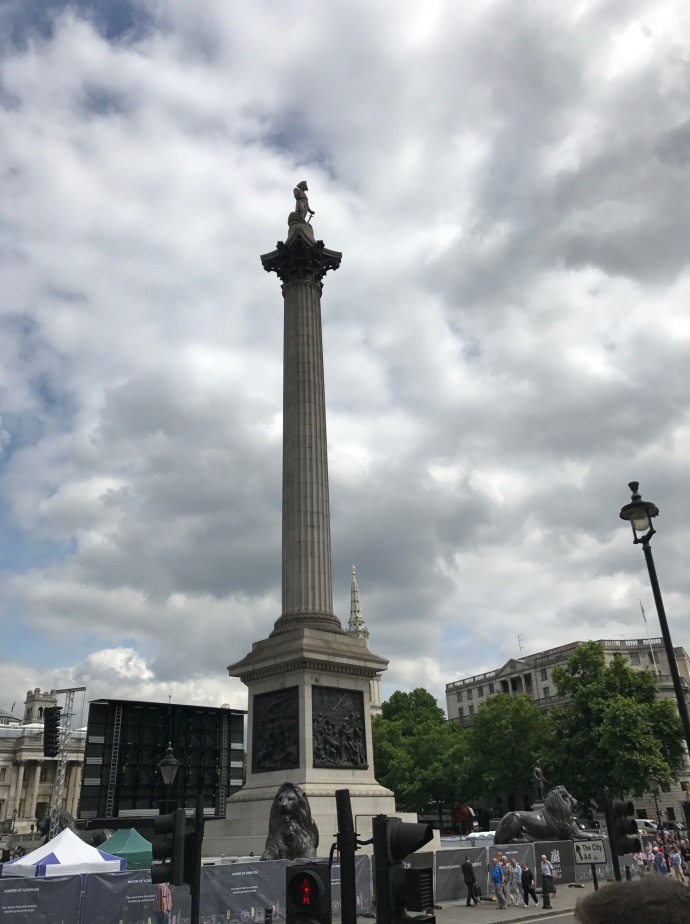 We saw theaters (Phantom of the Opera has been running non stop for thirty years), and London Taxis and double decker buses, and hordes of tourists. There are a number of places I wanted to go to but ran out of tourist enthusiasm, as well as time –  Platform 9 3/4, Harrods, to name but a couple).

We got on a cruise to go up the Thames back to Tower Bridge, and got off at the Globe Theatre stop, and looked at it from the outside. After looking around this is also on the list for the next trip. 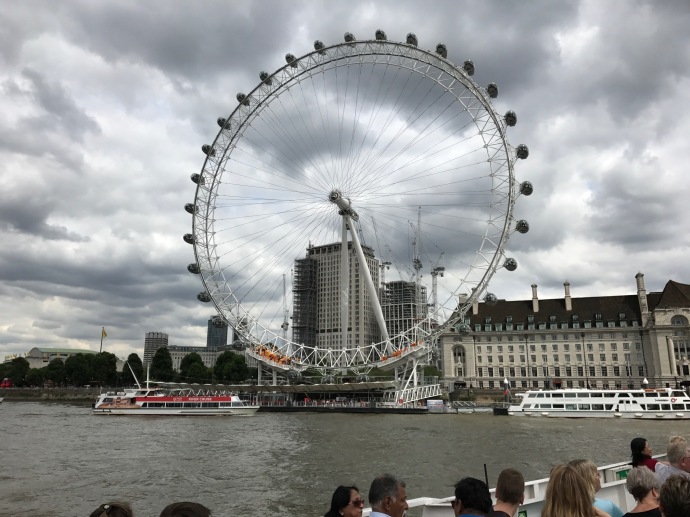 It was nearly 3pm and we had not had lunch so we went into a pub to try the pub pies. I had a Steak and Ale pie, which came with gravy, mushy peas and potato. The pie inside was nice, but the pastry was really tough. Shellbe said later this is usual for them, rather than it having been over cooked. Brett had a Beetroot and Camembert pie which was also pretty nice.

Then off to The Shard which has a viewing platform on the 68th floor, where you can get a pretty good view over London. 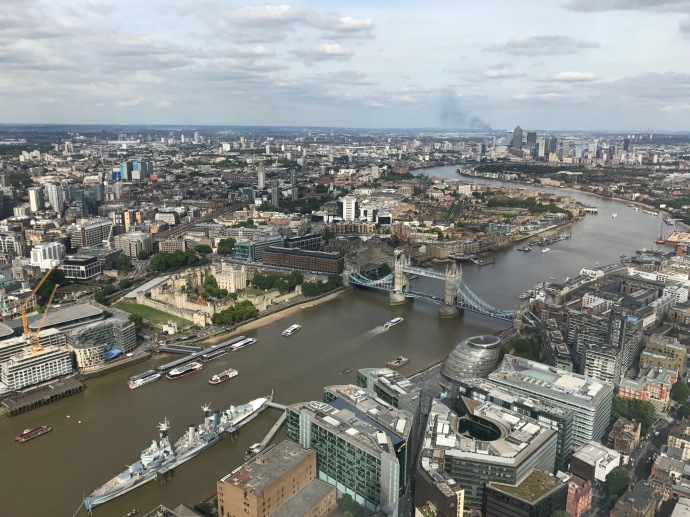 View over the River Thames and the Tower Bridge from The Shard.

Then back to the hotel to get changed before going out for dinner. We had dinner with Shellbe, Brett’s nephew Ben who lives in London, and Brett’s stepson (also called Brett) who was in London for work.

We all met at Canary wharf at an Italian restaurant called Amerigo Vespucci. I had risotto with truffle and salad, it was really nice.  We went both ways on the metro, I am starting to get a bit more familiar with changing lines.

Editor’s note: The caption that came with this picture was “No miracles just don’t happen” . . .