On Friday the 25th of May, intrepid traveler Kaye is off on her next adventure! This time cycling from Dublin to Denmark, on the TDA Global Cycling “Pub Ride”. I’ll be receiving, editing, and uploading her missives for your entertainment once again, so watch this space. This ride is the first of hers that I’ve actually been even slightly interested in doing myself! Heading off to the UK/Europe for their summer, cycling from pub to pub, visiting breweries, staying in hotels? Sounds great! Well, apart from the cycling part . . . 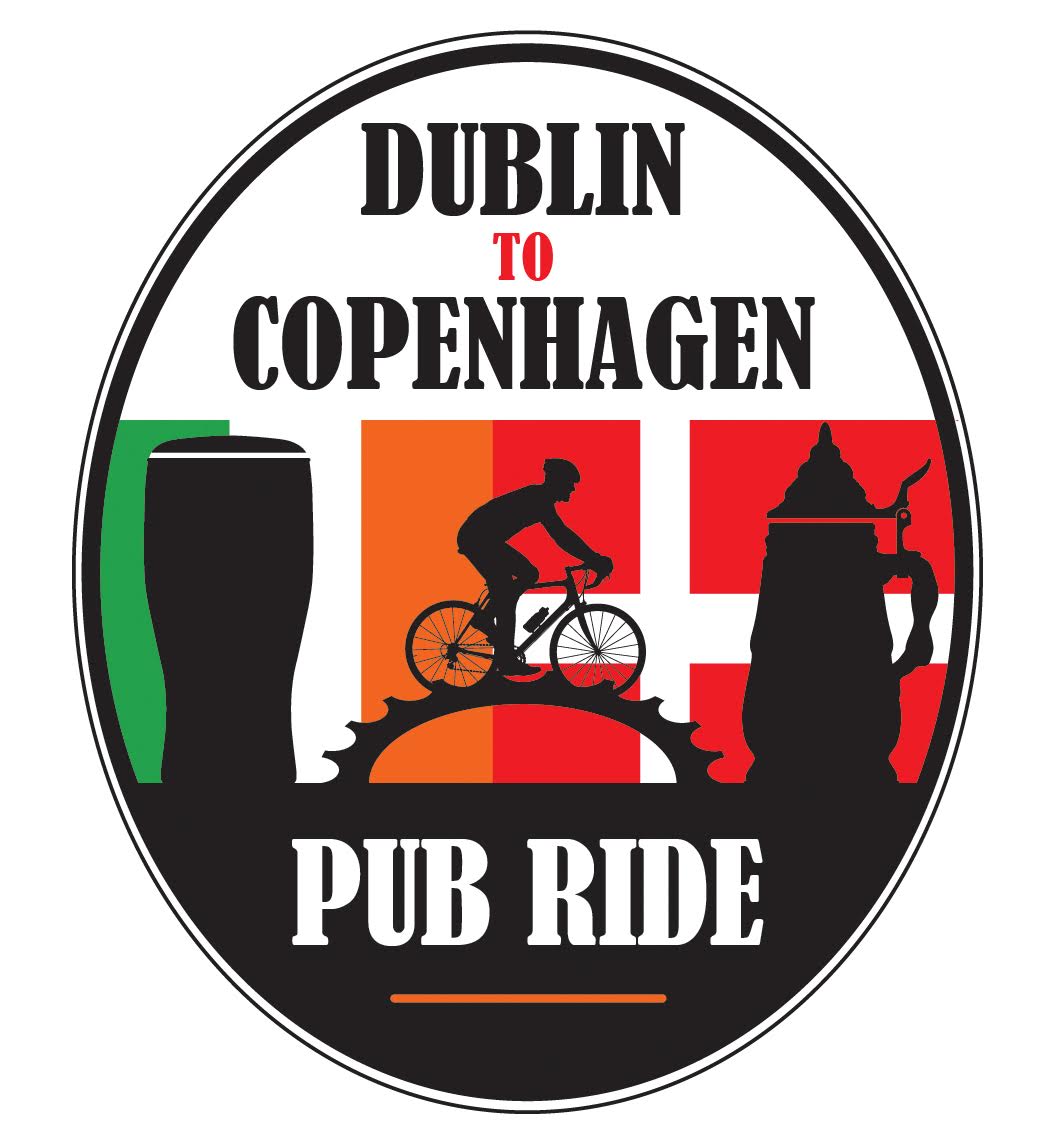 Over 5 weeks we’ll cycle from storied Dublin to the waterfront of Copenhagen. Through Ireland, Scotland, England, France, Belgium, The Netherlands and Denmark. To the great cities of Belfast, Edinburgh, York, London, Bruges, Brussels, Amsterdam and Hamburg. Each day’s journey through lush green countryside, villages and historic cities giving us an opportunity to discover a new land, a new brew, a new spirit!

We’ll leave our tents at home for this journey, with a bed greeting us each night and we’ll share our meals together in local eateries. For it is in the pubs where the community meets, where stories are told and retold and where local life unfolds.

After a night of sampling a couple pints of the ‘real’ Guinness and perhaps a few shots of Bushmill’s Irish Whiskey the riders will head out from the historic Temple Bar area of Dublin and head north through the green Irish countryside before catching a ferry to Scotland. After a day sipping some of Scotland’s finest single malt whiskies in Edinburgh’s legendary pubs the cyclists will spin south stopping each evening to sample some of the local brews. Another day off will allow the riders to explore some of England’s most fascinating medieval architecture – the walled city of York. The last stretch takes the cyclists through the fabled university city of Cambridge before cycling into London past Buckingham Palace, Trafalgar Square and Tower Bridge. This cosmopolitan city marks the mid-point of this amazing adventure.

Leaving the British capital after a couple of days of exploring the city’s numerous pubs, the riders will head south to the White Cliffs of Dover. There they will board a ferry to cross the English Channel to the European continent and Bruges, a picturesque town whose medieval old town is a UNESCO World Heritage sight. A rest day in Belgium’s capital, Brussels will give the participants a chance to sample some of the world’s finest beers, perfected over the years by Trappist monks, initially to aid in their fasting. A couple days later the tour spins into the home of Heineken, Amsterdam and its renown cafes, canals, bicycles and red light district.

The route now takes the cyclists across Northern Germany stopping for a rest day in Hamburg, the country’s largest port. Here riders can revel in the city’s maritime spirit and, over a litre mug of the local brew, remember how this city started the Beatles on their storied career. In another couple of days the cyclists will find themselves on a ferry heading for the shores of Denmark, the last country on this tour. Home to Tuborg and Carlsberg, two of the world’s most well-known breweries, the friendly and welcoming city of Copenhagen marks a fitting end to the Pub Ride.