Photos that missed going with their original blog posts:

The barn had an interesting thatched pattern on the wall that I haven’t seen before.

We saw the first Storks of the trip just after the border, and another few km further a baby birth announcement, with two storks and clothes on a line and the name Simon.

Just after this we came to a field with three horses, each with a foal. I was talking to Rhonda and the foals were much younger than I had thought, the one in the paddock closest to us was only 1-2 weeks.

Once again mostly on bike paths and fields of corn, potatoes and barley with a back drop of windmills pretty much the view all day.

The Role of Herring in German Cuisine: 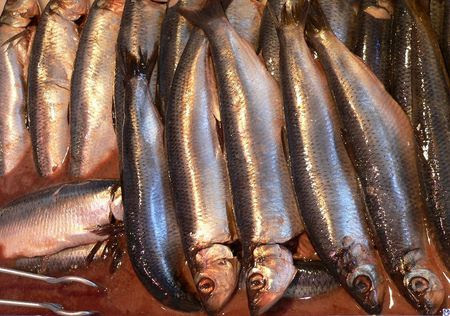 At breakfast I took a couple of photos of the riders in their 2018 Pub Ride riding top.

We are all wearing the 2018 Pub Ride shirt we got given last night, it is tradition to wear it on the last riding day of a trip.

We had breakfast with Michele and Tony then time to say goodbye. Have really enjoyed their company on this ride.

We had booked a taxi van the day before due to our bike boxes not fitting in normal sized taxis. After waiting for 15 minutes we asked at reception, they said not to worry it was busy but should be here soon. After another ten minutes we asked them to actually check with the taxi company.

Turns out for some reason the booking hadn’t gone through and it is a public holiday today and there are cruise boats in town and there are no taxi vans available!! Luckily we had allowed an extra hour above what we thought would be needed. We asked reception to ring for two taxi station wagons. One arrived pretty quickly and we decided that as I would get it as I had to get back as my grandson Jasper is having his second birthday party on Sunday, and my daughter Lizzy is due to have a baby.

The traffic was awful and I started to worry that I wouldn’t make it to the airport in time. It took 15 minutes to get through two streets, thankfully after this the traffic cleared. When I got to the airport I rang Brett and his taxi hadn’t even arrived.

I joined a very long queue and slowly made my way forward. Luckily another taxi station wagon from another company arrived at the hotel dropping someone off and Brett was able to grab that. Also lucky that the traffic jam had cleared and he also got to the airport on time. Also Brett has gold flyer status with Qantas (which applies to Emirates as well) so he was able to go pretty much straight up to the check in counter without having to queue.

The horror of long haul flying begins. The first leg was Copenhagen to Dubai.  As Brett and I had not checked in together we were not allocated seats together. I asked if we could be, but if I moved I would not have been able to have an aisle seat so I stayed with what I had been allocated. I get up and down at least once an hour, so for the sake of my fellow passengers I always request to be seated in the aisle.

Made it to the flight on time, phew!

There was an 8 hour stop over between flights so we had booked a room in the Dubai hotel. When we got there we were told we had been upgraded to a suite – very fancy – sadly no time to enjoy it. I went to sleep pretty much straight away but woke up at 4am and couldn’t go back to sleep. I went out and sat in the massage chair for 15 minutes then managed to go back to sleep again.

With the time getting to the hotel and having to be at the starting gate 45 minutes before boarding we were only in the room for 6 hours but it was totally worth it. Also we were in the terminal the flight went from and it was only a matter of catching the lift down.

The second leg was 16 hours, Dubai to Sydney, via Bangkok with an hour at Bangkok airport. The leg from Dubai to Bangkok the plane was full. We had to get off the plane at Bangkok, but it was good to be able to walk around. The plane from Bangkok to Sydney was not full. I was in a row with two other people and a couple of rows up there were 4 seats with one passenger at the other end. As soon as the announcement for “cabin crews to close the door” I leapt out of my seat into the other end of the row. I would like to saying having two seats meant I slept, I didn’t, but certainly had a more comfortable flight.

At Sydney I had to say goodbye to Brett

and go through yet another security check and yet another boarding gate. While waiting to board my daughter Lizzy text to say she was possibly in labour. The flight was delayed but we made good time and arrived in NZ only 10 minutes late.

Over the four for flights I watched a number of movies
1. Una (wouldn’t recommend)
2. The Commuter (pretty good)
3. The 15:17 to Paris – based on an true story about four men who thwarted a terrorist attack (reasonable )
4. The Music of Silence – based on the extraordinary true story of Andrea Bocelli (well worth watching)
5. Lady Bird – coming of age tale (ok)

I tried to watch two different movies on the flight to Wellington but both times 20 minutes into to them the sound went off. The first time I thought it must be the movie, the second time I decided it was a problem with the terminal so I gave up.

I got off the plane pretty quickly and got to the luggage carousel. My daughter Lizzy was heading to the hospital and I wanted to get there as quickly as possible. My bike box turned up at the oversize luggage, but it had been opened and I couldn’t lift it without the box falling apart. It’s unlikely to have been Customs as they leave a note to say they have opened it and they re-tape it. By the time I got it onto a trolley and realised my bag hadn’t arrived I was behind 3 other people at the counter wanting to report a missing bag.

After waiting 20 minutes in the queue for the three people in front of me to be served, I was irritated by the man in front of me who had had all his paper work completed but was telling the man behind the counter for the third time how inconvenient it was not to have his bag, and the man behind the counter saying again “yes it was, sorry, but there was nothing more he could at this time”. So when the passenger started complaining for the fourth time I interrupted him and said I was sorry about his bag but could he appreciate also how I inconvenienced I was by not having my bag and I would appreciate being able to fill in the paperwork, as am sure would the people in the queue behind me, at which point he finally left.

Finally the paper work was filled out, and I was free to go one – benefit at least was there was no queue getting through Customs so I was finally on my way.

My daughter Tracey had come to get me, so picked me up and dropped me off straight away at the hospital. I got there at 4:13 and at 5:31 my newest grandchild Poppy Kaye was born. Lizzy and Poppy were both well (and are still doing really well).

Thankfully my bag did arrive 2 days later, all safe and intact.

Dry fields as we left Denmark.