After spending the morning exploring Dubai, we went back to our hotel lobby to be picked up for an overnight tour to the desert

Azeeze from the Arabian Adventures Tour company arrived to pick us up. We are staying at the Dubai Desert Conservation Reserve. This reserve started in 2000 to turn barren desert into a reserve with the dual purpose of
1. Reintroducing endangered species and disappearing desert habitats
2. Supporting Dubai tourism

A large area was fenced off and a number of laws changed to ensure the reserve would be protected. 70 descendants of Arabian Oryx were flown from America and let loose in the reserve. Plants were planted and all linked into the irrigation system. A number of bush areas for animal shelters were established.

The reserve now has numerous Oryx called Oryx Leucoryx, plus Arabian Gazelle and Lizards such as the Spiny Tailed Lizard. The animals are protected – any poachers face the death penalty. If you run over an animal and you are not an Emirati citizen, you are instantly deported.

As well as this there are a number of birds including an Arabian buzzard. The animals are all fed three times a day, and are happy to let you come right up to them in the car.

We are staying overnight but you can also have a tour to go sandboarding, or to watch the sunset, or have a sunset dinner in the desert. Once we got to the reserve we had about 45 min of 4 wheel driving over the dunes which I didn’t enjoy as I get quite bad motion sickness. Thankfully I didn’t need to use one of the vomit bags in the seats.

After the four wheel drive we had a sunset camel ride which was fun but getting on, and up, and then balancing while the camel sat back down was a bit scary. 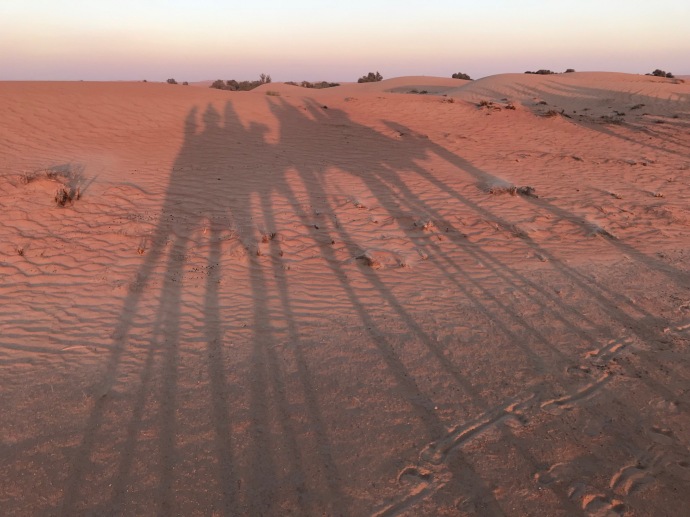 The riding was ok once you got the hang of it. About 20 min into the ride a funny looking bird (which I found out later was a buzzard) came racing across the sand and stayed with us all the way into camp. Apparently he does this every night and stays around until the tour leaves the next day.

The camp was beautifully set out, lovely raked sand and very nice individual tents, with a fire pit surrounded by cushions, an open eating area and open lounge. 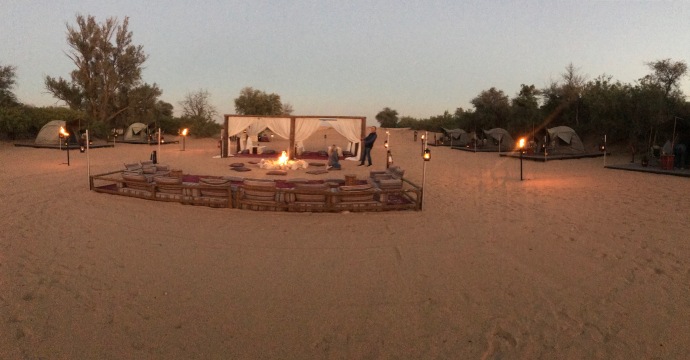 The only drawback is there isn’t an en-suite in the tents. The showers are in a hut with cold water, and a shared shower space which certainly won’t be used by me. 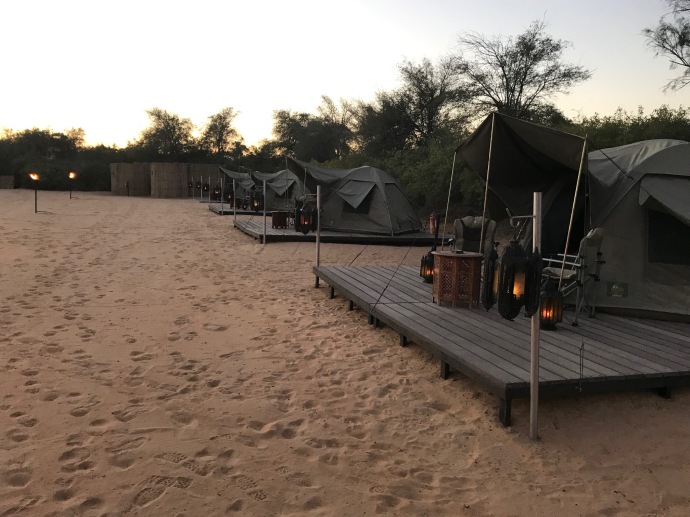 There are 15 guests altogether, the other 13 are all from a cruise ship called the Constellation, but none of the couples knew each other before tonight. A pretty good bunch of people and everyone ended up talking to each other before too long about places they had been or were planning to go.

The dinner was served after dark and the only drawback was you couldn’t see what you were eating as the light was quite dim. There was plenty of food – beef and chicken kebab, grilled fish, salad, and humus etc.

After dinner everyone sat round the fire chatting and one of the other guides bought out two hookah (galyan) pipes with flavoured tobacco. He was really disappointed that no one was willing to give it go, so me and one of the other women said we would. The taste was strawberry and was fine so long as you just took it into your mouth. 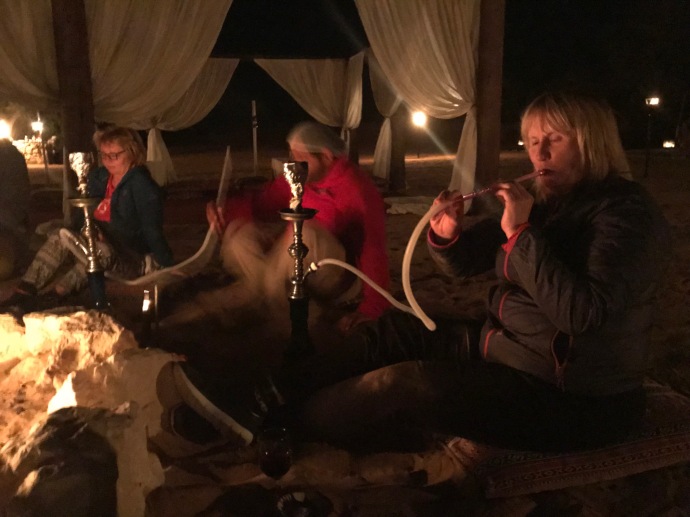 On the hookah pipe

After another hour or so it was time for bed. Fingers crossed I don’t have to get up more than once.

Strange to think by the time I go to sleep tomorrow night I will be in Nairobi Kenya. 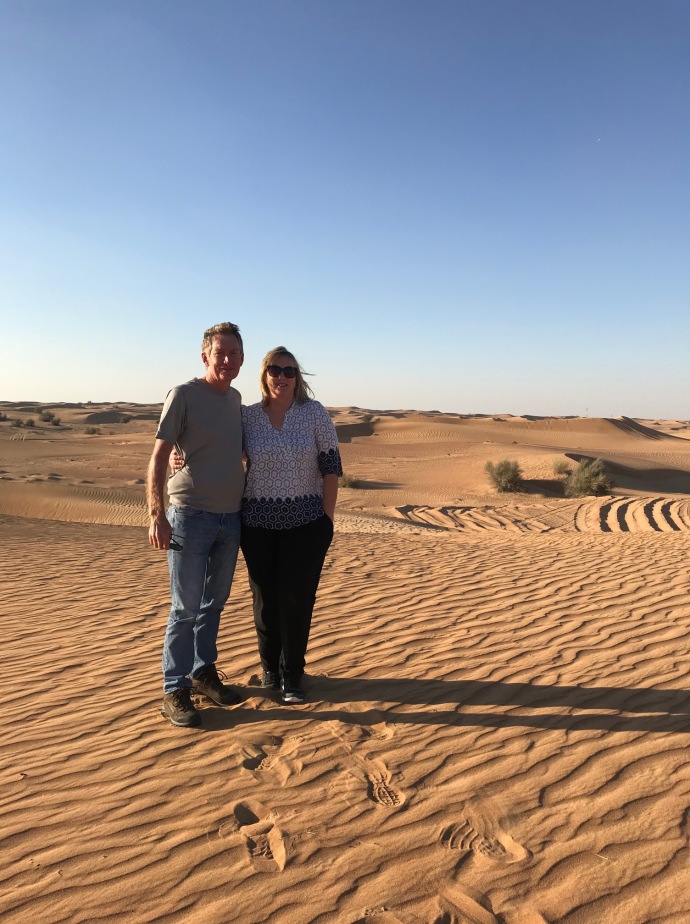 Out in the desert

One thought on “5 March: second day in Dubai – Part II”