I am still getting the asthma under control so am not planning to ride the whole day.

The bike ride to lunch at 95 km went pretty quickly so I decided to keep on riding after lunch until the lunch truck came past. From lunch the next 20 km were pretty hilly and it was very hot. Then there was a great downhill which I was 5 km into when the lunch truck came past. I decided that even though I was feeling good I would still get in, as the aim is to be fully recovered before the next set of riding days. As it turned out the downhill continued most of the way to camp.

On the steep and windy downhills there were a few crashed trucks, plus evidence of places where there had been crashes. 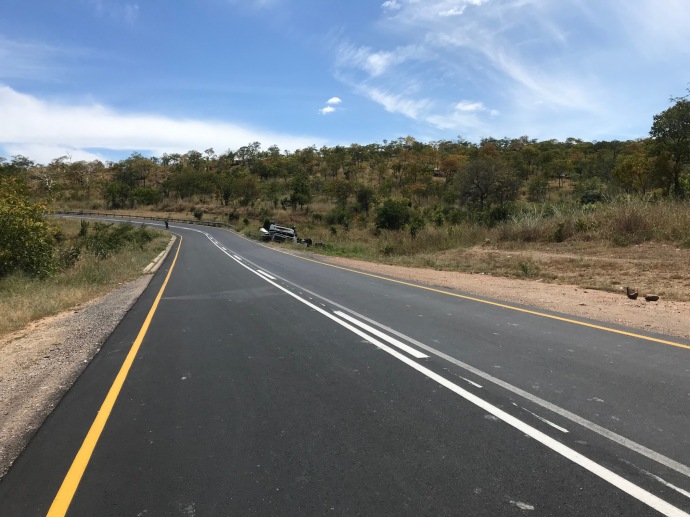 Still good road but overturned semi up ahead

Instead of going straight to camp I went with Lulu and Jen (TDA) into the town and to the market where we bought potatoes, tomatoes and bananas. There was only one seller of potatoes but a number who were selling tomatoes and bananas, and I wondered how this was going work.

Lulu counted the number of sellers. got an agreed price and bought the same amount from each (which comes to a lot for 53 people!). Then across the road for 15 loaves of bread. 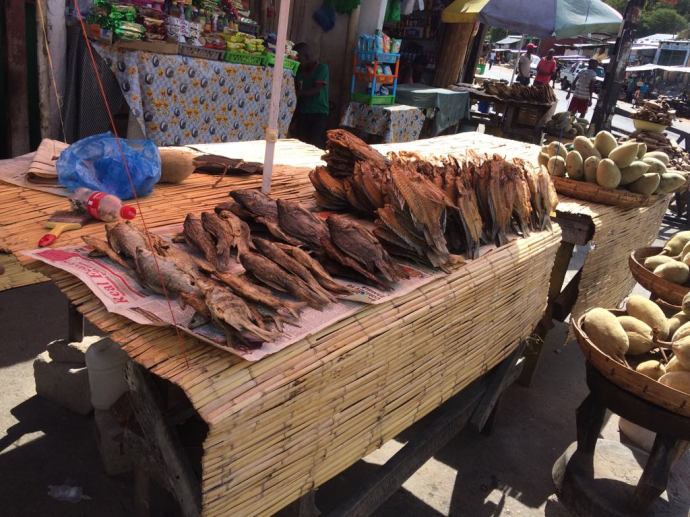 The camp has a beautiful view of the Luangwa river. Over the other side of the river is Mozambique.

Mozambique on the the other side of the river

It is very hot and humid at camp and lots of mosquito, flies, and other bugs.

The camp does have run down chalets, with stained beds and ripped plastic on windows, with bug screens broken and so badly maintained that not a single rider thought they were a better option than the tent. There were hot showers which was great. Although with only four there was of course a queue.

Up at the bar was a pool which badly needed a paint, a clean, and a change of water. A few of the riders did go swimming in it. 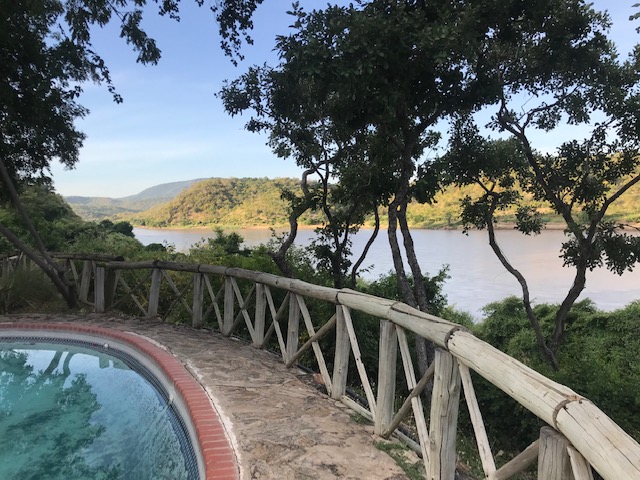 Dinner was pumpkin curry, it was very nice, with a bit of spice.

There was also carrot cake for Ashleigh’s birthday. Turned out it was a day early, his birthday is tomorrow. Ashleigh is from England and is 28 tomorrow. He is a geologist and it’s his first TDA trip.

Along the Luangwa River