I slept ok even I though I am camped near the toilet block, and every time someone flushes the toilet the pump makes a noise.

I have been bitten in my hair! Not sure I want to start smearing mosquito lotion on my head.

When I got to the restaurant for breakfast I nearly had a meltdown – there was no power! Two other riders told me there was no tea and toast, instead they were offering sweet orange cordial and bread! Thankfully just then power came back on and I got my cup of tea and toast.

There was no point going out as the shops are all shut so I spent the day catching up with emails, photos, and the blog. For lunch I had vegetarian noodles. I was going to have Pizza but there was no Pizza dough.

For dinner I had a very disappointing vegetarian korma. Dan had it the night before and it looked very nice, and he said it was quite spicy. Dan’s had zucchini and carrots – mine had rock hard Brussel sprouts and was totally bland.

The night before I had wanted a rose and the manager, who was very friendly, had assured me at lunch that they had organised a bottle of rose for tonight. Not quite what I would usually have drunk with vegetarian korma, but seeming they had gone to the trouble I asked for it at dinner. I was assured it wouldn’t be long, 30 minutes later I was still waiting so I asked again and was told it would be here soon. Dinner arrived, I was still waiting.

Turned out they hadn’t actually got any, but they had just sent someone out in a car to buy some. Just then it arrived warm! But in a large ice bucket. I wanted to tell them to forget it, but they were so pleased with themselves that we waited until it was cold enough to drink. Was quite a nice rose called Annabel.

We have five big riding days till the next rest day, at an urban camp where you can book a tent. I have booked a hotel in town for 3 nights. 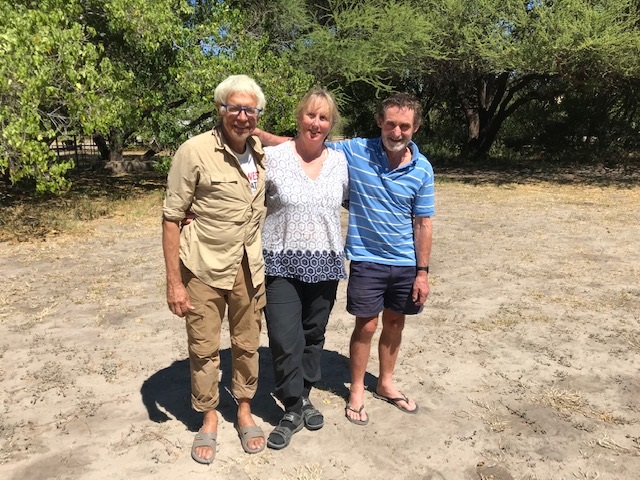